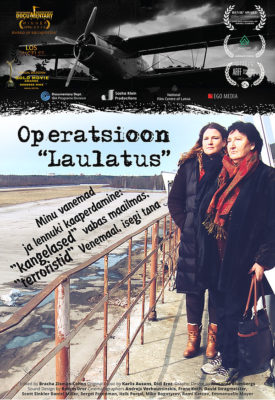 On March, 16 at 20:00 and on March, 18 at 13:45 the channel ETV 2 will present documentary and feature film directed by Anat Zalmanson-Kuznetsov about the attempted hijack of the plane to escape to Israel in 1970 – “Operation Wedding”.

***
Leningrad, 1970. A group of young Soviet Jews who were denied exit visas, plots to hijack an empty plane and escape the USSR.
It started as a fantasy, Operation “Wedding”; under the disguise of a trip to a local wedding, the “hijackers” would buy every ticket on a 12-seater plane. so there would be no passengers but them. The group’s pilot would take over the controls and fly the 16 runaways into the sky, over the Soviet border, on to Sweden, bound for Israel.
Seized by the KGB just a few steps from boarding, they were subjected to a chilling show trial, while the whole world watched.
45 years later, filmmaker Anat Zalmanson-Kuznetsov reveals the compelling story of her parents, leaders of the group, “heroes” in the West but “terrorists” in Russia, even today.
Cigarettes and vodka fuel interviews with the parents filled with intelligence and humor. Archives, reenactments and interviews with KGB officers enhance this inspiring story of young Jews who imagined freedom and cracked the Iron Curtain.
***