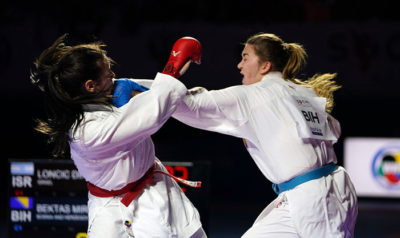 Estonia’s Li Lirisman also took the spotlight on the final day of action with her victory in U21 Female Kumite -55kg. The 20-year-old karateka returned to the top of the podium two years after her last big success in international competition. Lirisman became the underage World champion in 2015 and won gold in the Karate 1 Youth Cup in 2016 but had failed to make it to the final rounds ever since. In Sochi, the promising Estonian defeated Switzerland’s Maya Schaerer 3-0 to take the European crown.